Invitations to apply for Canadian permanent residence have been issued to 4,500 Express Entry candidates in the largest draw ever held by the Government of Canada on February 19.

The minimum Comprehensive Ranking System (CRS) score in this latest invitation round was 470, a decrease of 2 points over the previous draw held February 5.

Eligible candidates are entered into the Express Entry pool and are ranked based on a CRS score that considers factors such as age, education, skilled work experience and proficiency in English or French.

A job offer is not required in order to be eligible for an Express Entry Invitation to Apply (ITA), though additional CRS points are awarded if a candidate has one.

A set number of the highest-ranked candidates are issued an ITA for Canadian permanent residence through regular draws from the pool. These invitation rounds typically take place every two weeks and the vast majority involve candidates from all three Express Entry-managed categories.

The Government of Canada has a processing standard of six months for permanent residence applications filed through the Express Entry system.

In order to reach this year’s 85,800 ITA target for new permanent resident admissions, the government needs to start issuing larger numbers of invitations in every draw.

This means that all candidates with CRS scores above 470, as well as those with scores of 470 who entered their profile in the Express Entry pool before this date and time, received an ITA.

Express Entry candidates with scores below today’s CRS cut-off have a variety of potential options to increase their total points, the most valuable of which is a provincial nomination.

Nine Canadian provinces and two territories have what are known as “enhanced” PNP streams that are linked to the Express Entry system.

A provincial nomination results in an additional 600 CRS points and effectively guarantees an invitation to apply for Canadian permanent residence.

Since the start of the year, several of Canada’s Express Entry-aligned provincial nomination streams have issued invitations, including streams in Alberta, Saskatchewan, Manitoba, Ontario, Prince Edward Island and British Columbia.

The following are hypothetical examples of Express Entry candidates who would have obtained an ITA in the today’s draw:

Harish and Deepa are married and are 34 and 30 years old respectively. They each hold a masters’ degree and have been working as financial auditors for five and four years respectively. They each wrote the IELTS and score an 8 in listening, a 7.5 in speaking, a 7 in writing and reading. Neither Harish nor Deepa has ever worked or studied in Canada. They entered the Express Entry pool with Deepa as the principal applicant. Their CRS score of 470 would have been high enough to obtain an ITA during the February 19 Express Entry draw.

Zaina is 29, holds a bachelor’s degree and has been working as a teacher for five years. She has an advanced French language proficiency and a sister who is a Canadian citizen living in Toronto. While Zaina has never worked or studied in Canada, her CRS score of 471 would have been high enough to obtain an ITA during the February 19 Express Entry draw.

What you can read next 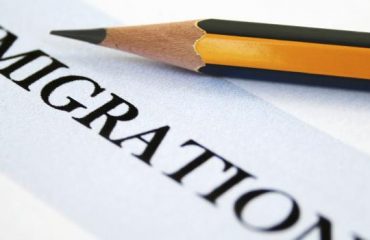